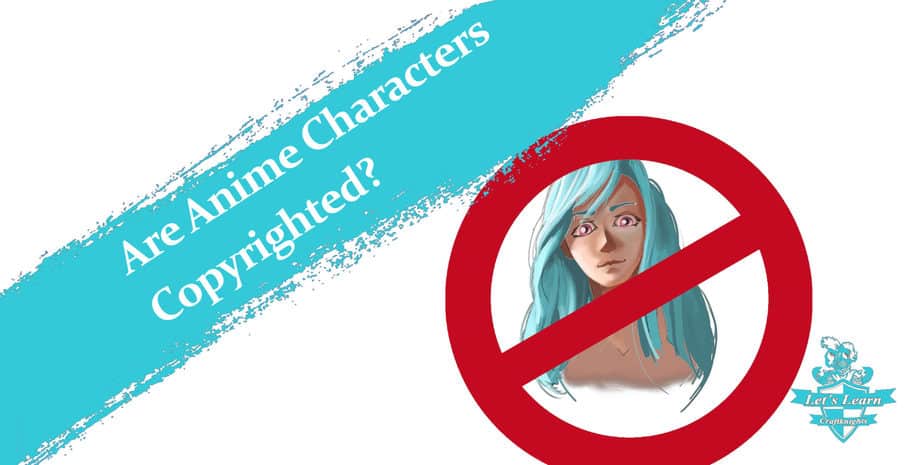 So I have been on a convention recently and there where a lot of fans selling their self-made artworks of popular characters. As soon as I saw that one big question came to mind. Is that actually legal to do, aren´t these characters copyrighted?

So are Anime characters Copyrighted? Yes, they are copyrighted! In the United States, a character is automatically copyrighted as long as it is “original”, meaning it has to involve an element of creativity, that is unique and distinguishable. Using that character to make money for your own without the rights to use that character, is illegal!

Is Fanart of existing Characters illegal?

Fanart itself is not illegal. You can draw whatever you want in whatever way you want. Don´t worry, if you draw a character from your favorite Anime you won´t be making yourself punishable by law.

So all the people you are seeing at cons, that are selling fanart of popular characters from their favorite anime, are actually breaking the law.

Why do so many People sell anime Fanart without any Problems?

There are two answers here really. The first answer would be:
Because they are too small. The amount of money they make with selling their fanart at cons is nothing compared to a company. So they simply don´t care! The amount of money it would cost the company to enforce such a little copyright infringement would just be too much to justify.

The other Answer is:
Japanese anime companies, and therefore the copyright owners of most of these characters, are known to not enforce such copyright infringements.

The exact reason why they don´t do it is not known but people speculated, that it either has to do with their culture. (Japanese people are very kind and generally avoid conflicts with their friends or fans in this case).

Or, the other reason is, they realized, that this is, in a way, advertising for their characters and IP´s. A lot of the fanart is art, depicts characters in situations, that these companies will never make a print or picture of, even though there is a demand for it. So the customer can get these specific pictures from these fanart sellers at cons and everyone is happy.

Be careful though! Not every company in Japan is known for not enforcing their copyrighted material. Especially Nintendo is known for aggressively enforcing copyright infringements especially in the web and on youtube!

Can I upload my Fanart online?

It depends, what you use it for. Generally, you are allowed to upload fanart online if it is just for showing purposes. Like on deviant, Instagram, Facebook, Pinterest, etc. As long as you only show your private artwork, then you can upload whatever picture of any copyrighted character you want.

But if you are actively making money with that fanart of yours, then that is illegal! So if you are selling that artwork as a print on whatever you want to print it on, it is illegal!

Just look at Artgerms Instagram account here. He draws a lot of copyrighted characters from anime and other media but he has no problems with it because he is not selling any of his fanart only his original art.

When is a Character copyrighted?

Any character, that is original (meaning it has an artistic, unique or distinguishable look) is copyrighted by the creator the instance that it is being created. You don´t have to do anything, that character is your creation and therefore it is copyrighted.

But there is a little problem with that. Let’s say, you created a character years ago and now this year an anime is released that has a character in it, that look exactly like yours. Now you instantly send a message to the creators of that anime telling them, that this is your character, that you created and this is copyright infringement! Like a mirrical, they actually respond to you telling you to prove it and until you can´t the copyright still belongs to them. And any proof, that you may find will not be enough, because their character hit the public eye faster than yours and no one will believe you. Even if you tell the truth.

And that is the problem with any idea or design based copyright. Proving that is was your idea or design is very hard for a single person. Not for a company though.

What is the fine for copyright infringement of characters?

There isn´t really an exact answer to give you here. Let´s just say, it can be very high (in the millions of dollars) if you did it on a big scale. But it can be only in the thousands if you are simply selling a little design over deviant.

But in any way, it is defiantly not worth it!

Funny fact! Commissions of copyrighted Characters seems to be “Legal”

This is a little grey area, that an artist friend told me about. Apparently, if you are accepting a commission to draw a piece of art, that has a copyrighted character in it. Then you are allowed to draw that piece and get paid for it. That is apparently because you are not selling the fanart to another individual but because an individual paid you for your skills of creating that artwork. And with this, you are not really making yourself punishable for copyright infringement.

But this is a grey area, so you still shouldn´t do it. It was just an interesting little side information, that I found pretty funny.

So should you even draw fanart?

In my opinion, yes. Definitely draw your fanart. Drawing characters from your favorite animes is a lot of fun and will help you improve, as long as you don´t just copy an existing drawing of them. Try and invent your very own compositions and situations to draw these characters in. And have fun with it!

14 thoughts on “Are Anime Characters Copyrighted? Why some Fanart is Illegal”