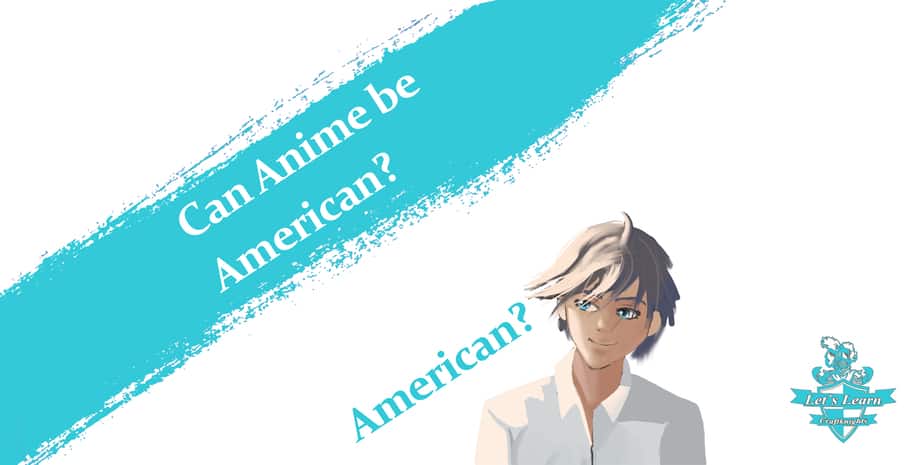 A lot of western fans want to create their own Anime but is it even possible. Can someone from America, for instance, even create an Anime? I will tell you right here and I will tell you about an Anime, that made it possible!

So can Anime be American? Yes! Anime is simply the Japanese word for Animation. In the Western-World Anime is however seen as Animation with a specific style that is created in Japan. No matter how you define the word “Anime” though, there have been Animation shows, that had an American writer but were produced in Japan. So, in any case, it is possible that Anime can be American!

What is the Definition of the word “Anime”?

How Japanese People define the Word

In Japan, the Word “Anime” is just a lend word from the American word Animation and describes any form of traditional or computer generated animation regardless of its origin.

So Japanese people will call any Animation, even American ones, Anime. So by that definition, even Disney movies or 3D rendered Animations would be Anime.

How Westerners define the Word

Westerners will define the word Anime completely different. We define Anime as either a very specific style of drawing where the eyes of the characters are very big, the noses are tiny and the mouths are only shown as lines while the rest of the body is very simplistic drawn, the so-called Anime-Style.

Or we define it, more broadly, as a specific kind of Animation that is being produced in Japan.

So when you go by the second definition then every Animation that originates from Japan is called Anime and every other Animation is just an Animated Film or animated show or an animated short.

So, as you can see, the definition of the word “Anime” is very different depending on how you look at it and where you are from. But it doesn´t matter how you define it, there already has been an Animation, that is by definition (no matter which one) an Anime from America!

Are there Animes from America or other Countries?

Yes there are! I will only show two examples here but there are quite a few by now and there are going to be more in the future.

Firstly Let’s Look at an American Animation, That is by Definition an Anime!

The Anime is called “Neo Yokio“. It is a Netflix original and was released on September 22, 2017. It was written by the American Ezra Koenig a member of the Rock Band “Vampire Weekend” and it was produced in Japan by the Anime Studios “Production I.G.” and “Studio Deen”. Here is the Wikipedia article if you want to read more about the Anime.

It doesn´t matter how you define the word Anime this Animation show has been produced in Japan, so it is from Japan and it has the Anime art-style. But it was written from an American so it is an American Anime.

The Anime from Abu Dhabi.

Yes, you have seen right! The Anime “Torkaizer” is being made and was written in Abu Dhabi. It is a mecha-Anime that has an Emirati main character. The two creators both called Ahmed Mohammed Al Mutawa have written the story and the production was split between Abu Dhabi, Canada, The UK, the Philippines, and Japan!

So this Animation is per definition also an Anime. But it was written and partially produced in Abu Dhabi.

Here is an article, that is going a little bit more in-depth about the creation of the Anime “Torkaizer”

This is an interesting fact, that a lot of people don´t know. Anime was inspired by western-Animation. To be more specific, it was inspired by the first Animations from Wald Disney.

The Japanese Animator Osamu Tezuka is known as one of the fathers of Anime. He is responsible for the Anime art style, that we know and love today. His inspiration was the first big Walt Disney Animation feature Movie hit “Snow White and the seven dwarfs”.

Because he didn´t have as big of a budget as the Walt Disney company had he drew his Animations in a very simplistic way and over exaggerated eyes to show emotions easier. The Budget cutting actions he took later on defined the style that we call Anime today.

Can I create an Animation and call it an Anime?

Nothing stops you from creating your own Anime and there are no rules or laws, that forbid it to call an Animation Anime. So feel free to call your Animation whatever you want, it is your Animation after all.

And I don´t think, that as long as it has the style of an Anime and as long as it is enjoyable, that anyone would mind, that you called an Animation Anime, that wasn´t made in Japan.

And even if some people mind, you can just ignore them. There are always people like that.

We are living in a world, where you can communicate so easily via the internet and where you can work with people around the world without them even being with you in the same country.

That alone opens you to so many possibilities, that you could very well be able to create an Anime, that is being produced in Japan even though you are from America or any other country.

Making an Anime is expensive though. If you want to know, I wrote an article about the costs of making an anime.

If you want to learn how to draw anime, I also made a Guide on drawing anime eyes.

If you liked this article or if you have any questions, let me know and will answer them as soon as I can.

9 thoughts on “Can Anime be American? Yes, it Can!”