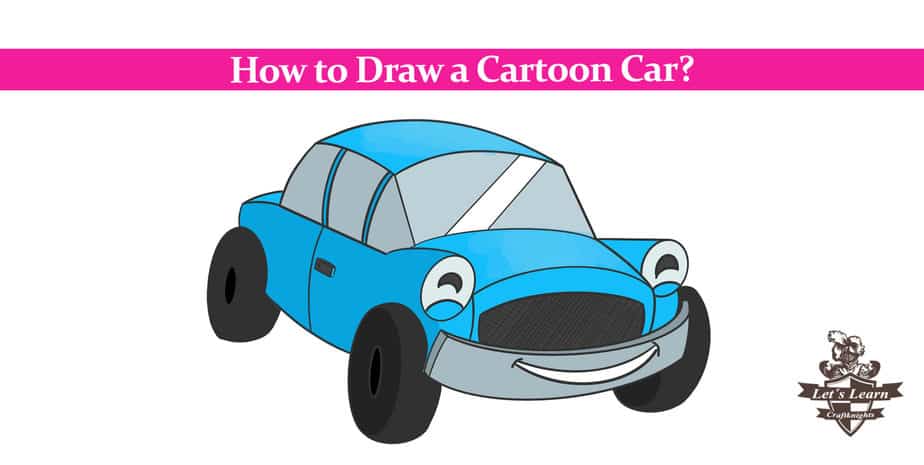 So let´s get started with choosing the right Materials.

What Materials Do You Need?

You will obviously need a graphite pen. I would recommend a pen graded between HB and B6. I am usually using a B2 for my underdrawings.

I would refrain from using any graphite pen, that is harder than HB, because you may end up damaging your paper when drawing, which is really bad.

Another thing is, that a kneadable eraser can lighten up a graphite line instead of erasing it completely. which is very useful!

Just make sure, that your paper can take the drawing medium, that you are using. So if you want to color your drawing with watercolor make sure, that the paper is not wrinkling up too much when it gets wet.

These markers are great because you can vary your line weight very easily and they are usually very well absorbed by most paper types.

For this drawing, I used colored pencils to color the illustration but you can use any medium you want. Like acrylic paint or watercolor for example. It really doesn´t matter. Just use the tools, that you are most comfortable with.

How to Draw a Cartoon Car

Before we start there are a few tips, that I want to give you, that can help you to draw this illustration easier.

To give the cartoon car a more cartoonish style you have to keep the lines rounded and avoid sharp angles.

Avoid drawing lines too straight and instead draw them all in a slight curve. This will again give the car a more cartoon-like appearance.

Don´t be too intimidated by drawing the car in perspective. Perspective can be confusing but it is not hard to do. Just follow the steps carefully and you will be fine!

Step 1: Let’s Draw the Guidelines and the General Forms of the Car

We will start by establishing the general form of the car and the perspective grid.

The perspective grid is very simple in this drawing. Just draw a rectangle in the shape as seen below and then make a box out of it by drawing parallel lines from its corners in 90 degrees up. Then connect the ends of the lines to create another equally sized rectangle. and with this, you have your box.

This box will later become the lower part of our car.

This is going to be the Engine Hood.

I started with the curved line. I divided the front face into four equal parts and drew the curved line from the end of the first quarter to the beginning of the last quarter.

Then I connected the straight and the curved line and you are done.

Think of these curved forms as curved rectangles, that are all sitting at the front of the car. The two Circles are going to be the lights of the car.

Now we will give our car some depth by drawing a slightly curved rectangle, that is following the middle line, that we established before. This is our Motor Hood.

From the Motor Hood, we will then draw another rectangle with slightly curved sites in an upwards angle. This is our front window. And from that rectangle, we will draw another one following the angle of our box. This is the ceiling of the car.

The wheels of our car are simple ellipses, that are slightly higher than broad.

The side of our car is a trapeze form with rounded sides again.

And finally, we will complete the car by drawing the rest of the side. Just follow the direction of the lines of the rectangle, that we drew in the beginning and draw around the form of the back tire.

And then we will add some eyes and a smile to the car to give it some character.

Step 2: Drawing Some Outlines to Clean up the Illustration

Now we are going to need our kneadable eraser to lighten up the graphite lines. Then we will use our Brush Pen or Marker to draw clean lines by following our underdrawing.

Try to vary the weight of your lines, when you are drawing these refined outlines. This will make the illustration look more alive.

You can start wherever you want. I usually start in the front and work my way from there.

In this step you can also correct any lines, that may seem wired or that look of. Just try to draw each line only once and don´t go over it too often. Because if you go over each line several times it will eventually look unclean or messy.

I also didn´t completely draw some lines like the round line of the back wheel, for example. This line will just indicate the general form of the line and it will make the wheel look more three-dimensional. You can use this technique very effectively to show the form of an object as long as you don´t overdo it.

Finally, I added some more details to indicate some of the material of the car and I erased the underdrawing completely because we don´t need it anymore.

In this final step, we are going to color our cartoon car illustration.

I started by picking the base colors of the car. In my case, the car is going to be blue but you can choose any color you want.

For each color, that I chose, I also chose a slightly darker color. This darker color is going to be the shadow color.

First, just fill in the basic colors of each part. I started with the base color of the car.

Once you have drawn in every base color you can start by thinking where the shadow might go.

And we are done! We now have successfully drawn our very own cartoon car. You don´t have to follow my guide exactly. Feel free to draw your own cartoon car version.

If you have any questions or if you want to share your drawing then go ahead and leave a comment down below. I will answer them as soon as possible!