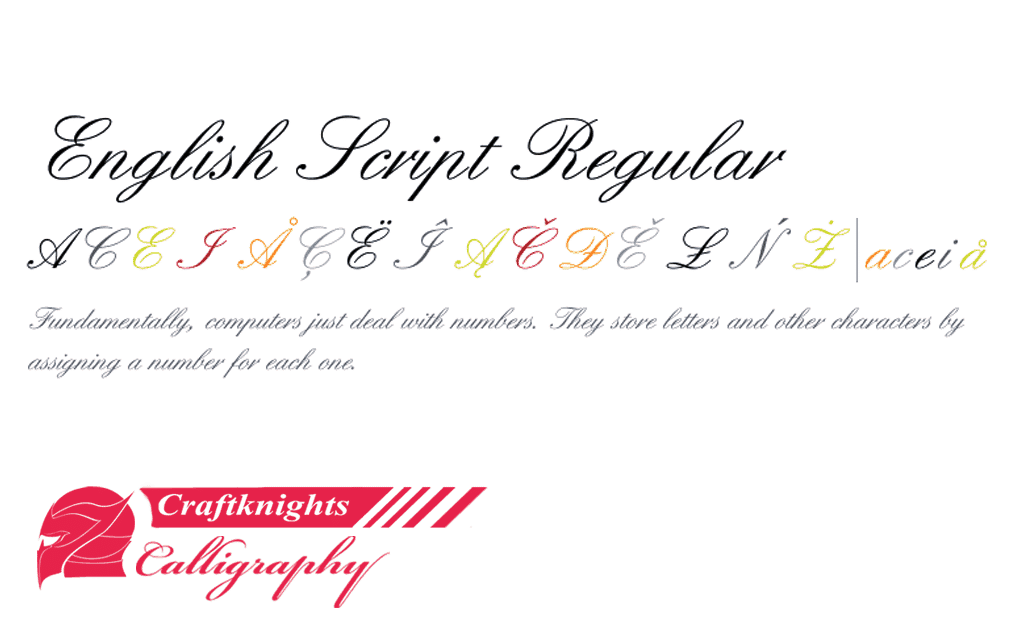 This is a commonly asked question and, understandably, a lot of people are confused when it comes to the differences between Calligraphy and Cursive writing. At first, it seems, that all Calligraphy is Cursive but that isn´t entirely right. But don´t worry, after reading this article you will know exactly what the differences are and why Calligraphy is not always Cursive.

So what is the difference between calligraphy and cursive writing? In short, the main difference is that Calligraphy is the art of beautiful writing but the type of script, that you are writing, can vary greatly. Cursive, on the other hand, is a style of writing in which the letters are joined together and every word is written in one go without taking the pen off the paper. Calligraphy can be Cursive but it doesn´t have to.

In most English speaking countries the Cursive style of writing is the most dominant kind. That is because the English cursive (the first cursive font) has been established during the colonial times because it was fast to write.

During that time writing something fast has become very important because not only the church but a lot of Nobel men where now able to write and used writing as a main means of communication.

But in Germany and other European countries other, older types of fonts and scripts are still very popular in calligraphy, like the blackletter or the old gothic script. Mainly because of a lot of old written pieces, like bibles or important documents where written in these types of scripts. So we are way more used to seeing these types of scripts than, for example, Americans are.

What Is Calligraphy Exactly?

The word Calligraphy comes from the Greek word “” meaning beautiful and the word “Graphy” meaning writing or drawing.

Calligraphy is just that, it is the art of writing a sentence or word in a way, that is nice or beautiful look at. But there are many types of scripts in calligraphy only one of these types is cursive. Some other styles are for example gothic or italic scripts.

Today calligraphy is mainly used for special documents like special certificates for example.

But also in art calligraphy is widely used. In many cultures, calligraphy has still to this day a very high standing like in Germany or in many Arabic countries.

Cursive is a style of writing in which the characters are written joined together most of the time in a flowing manner. The idea of Cursive scripts was to make writing faster.

The letters can be joined together and written in one fluent motion but they don’t have to! In calligraphy, the script would be an example of a cursive script.

Most cursive scripts, like the English script, are written with a pointed or flex nib. This nib is reacting to pressure will produce thicker or thinner lines depending on how strong it is pressed down on the paper.

This way different are produced.

The English script was the first widely used cursive script and it was developed in England with the goal of having a script, that is fast to write.

And most cursive scripts can be written quite fast compared to most other calligraphy scripts.

But fast doesn´t mean easy. On the contrary, most cursive scripts are actually quite hard to write and I would suggest every beginner to start out with a simpler script like the gothic or Blackletter script. Even though they don’t seem easier, they are quite simpler to start out with because they are written with a broad nib and not with a flex nip.

A board nip is way easier to control!

What does Italic Mean?

Italic is another type of script. In this type, the letters are written at an angle, so the letters all lean in one direction, most of the time they will lean to the right.

A lot of cursive scripts are Italic but not all of them. There is also a Script called Italic which itself is not written at a slope, however. I know, it is a little confusing

What are Gothic Scripts?

Gothic scripts may be better known as or Textura in English countries.  All of these are Gothic Scripts and they were used throughout western Europe during the middle ages until the 17th century.

And if you look at the script, you can see, why it is called this way. So Gothic is also a type of script, that was used during the middle ages. This script was primarily written with a broad nib.

A broad nib is a calligraphy nib, that has a flat tip. Different line thickness here is achieved by holding the nib a constant angle while writing.

What is a Grotesque Font?

A grotesque font is a font, that we are mostly using these days.

The grotesque font is just another name for Sans-serif fonts. Meaning fonts with no serifs or other decorations. The name Grotesque comes from the German word “Grotesk” meaning “weird” or “different”. The font earned this name because when it first came out in the early 19 hundreds it went against the usual way, fonts were looking.

This font had no decorations, no serifs, and a constant line thickness almost throughout every letter. This just looked weird to the reader or ““. This is how this type of font earned its name.

Nowadays it is used very often throughout different mediums because it can be read very well on screens and in very small sizes.

If you are interested in learning calligraphy I have a beginner tutorial where the first script I am teaching is a gothic Script.

So If you want to learn more about calligraphy or you just want to see how to write calligraphy with a broad nib, then go ahead and check out my Guide.