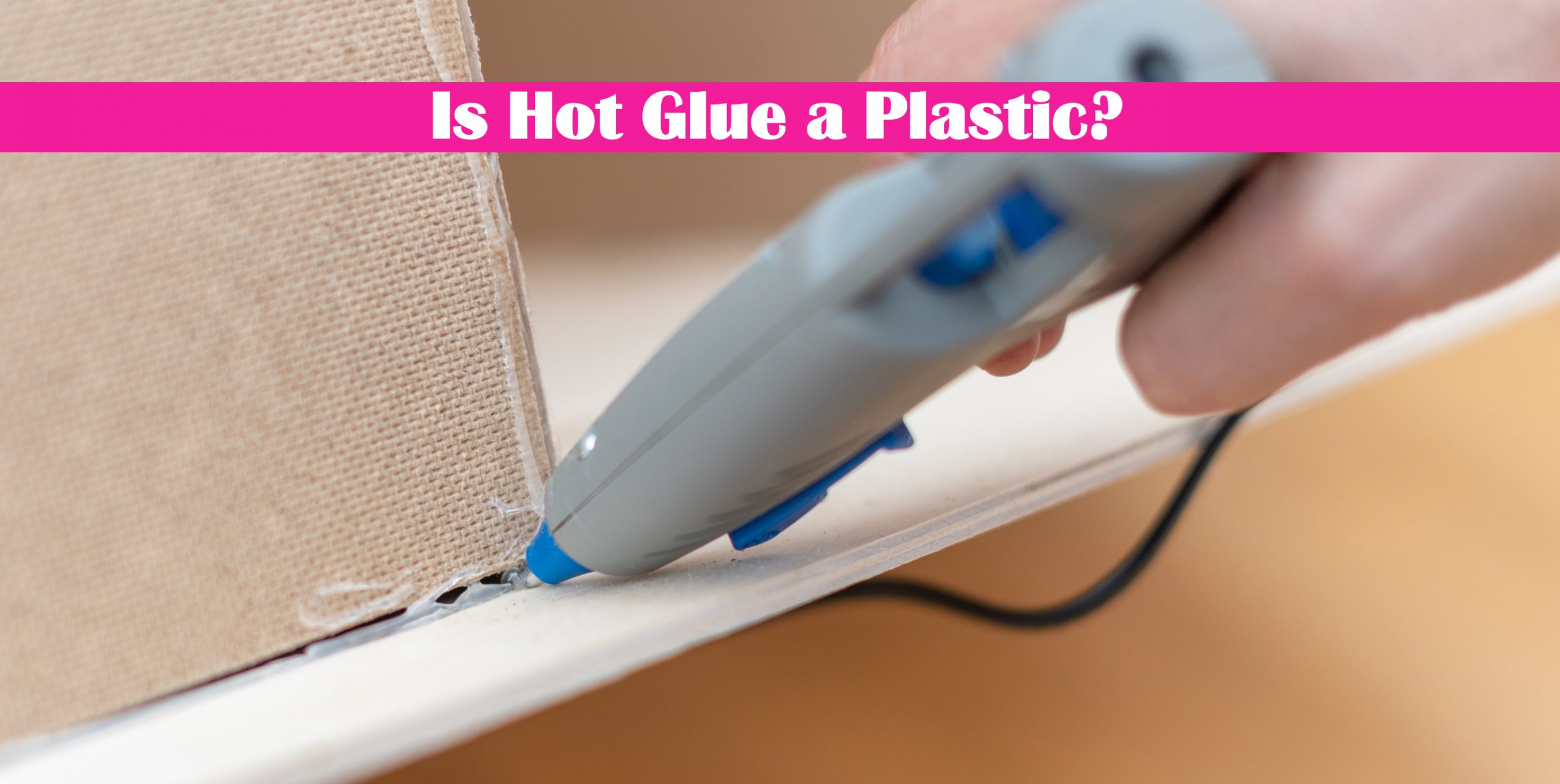 Probably one of the most used glues in hobby crafting is hot glue and I completely understand why. It is easy to use, quite cheap, it glues most materials reliably, and you can easily glue different materials together. But how is it that hot glue is such a good all-around glue and what is hot glue actually made of? In this article, I will take a closer look at our favorite crafts glue to find out exactly that!

As a whole, hot glue is a plastic. It is a thermoplastic adhesive to be more precise. To make the thermoplastic adhere better so-called tackifiers are added. Some cheaper hot glue sticks also have wax in them, which speeds up the setting time and lowers the viscosity of the glue slightly.

There are quite a lot of different thermoplastics and tackifiers that are used to make glue sticks. Depending on the brand of the glue sticks the base plastic, as well as the tackifiers, used vary greatly.

Some cheaper glue sticks even use wax to reduce costs.

If you want to know more about the different kinds of plastics and other additives used to make hot glue sticks then read on as I will go over the most commonly used additives and base plastics use in the production of hot glue sticks.

What Kind of Plastic is Used in Hot Glue?

As a whole, hot glue is made out of thermoplastic which is a kind of plastic that can be heated and melted without burning. Thermoplastics are also used in 3D printers, for example. The most commonly used thermoplastics in the production of glue sticks are Ethylene-vinyl acetate (EVA) and Polyamides (PA).

Here is a table of all of the most commonly used thermoplastics in the production of hot glue sticks.

These are the most commonly used thermoplastics for glue sticks. Most of the plastics, like PA and HDPE, are not usable with your regular glue gun because they need temperatures of around 392°F (200°C) or more in order to melt.

Regular hot glue guns will only reach temperatures of around 300°F (150°C).

What are Hot Glue Sticks Made Out of?

As I mentioned above, hot glue sticks are not entirely made out of thermoplastic but they can have quite a few additives to enhance the tackiness and viscosity of the glue.

As a whole, hot melt glue sticks are made out of a base thermoplastic and several additives that improve the viscosity, tackiness, look, etc. of the hot glue sticks. Possible additives include resins, waxes, plasticizers, stabilizers, antioxidants, UV stabilizers, pigments, flame retardants, and antistatic agents.

What kind of additives are used in glue stick production is highly dependent on the type of thermoplastic that is used as the base.

The most often used additive is a so-called tackifier that enhances the tackiness of the glue. These tackifiers are often resins that will ensure that the hot glue is adhering to the applied surfaces properly.

Waxes are mostly used as a cheap additive that helps with the viscosity of the glue. They are most often used in combination with Ethylene-vinyl acetate (EVA) plastic. Wax is also mostly used in cheap glue sticks.

Stabilizers will protect the hot glue stick from degradation during the application process and after. Most hot glue sticks have some sort of stabilizer added to them.

UV stabilizers are pretty much the same as regular stabilizers but they will protect the hot glue from ultraviolet radiation. Which means the glue will not degrade in the sun.

Pigments are used to color the hot glue. Some hot glue sticks even have glitter or other special pigments added to them.