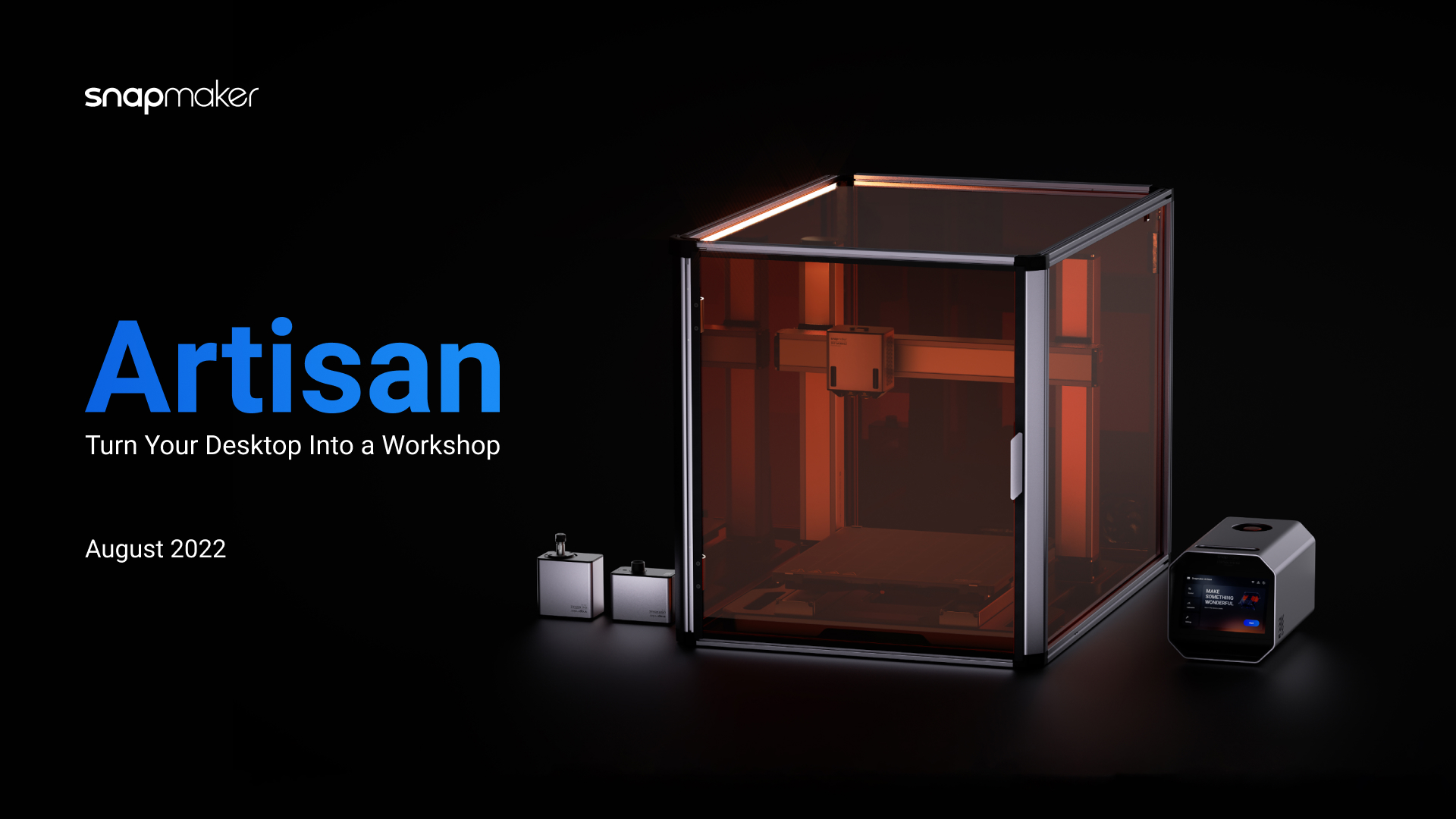 Update from 26.07.22:
Today the price of the Snapmaker and the release date were made public by Snapmaker.

The Artisan will be released on August the 9th. You will be able to preorder the Snapmaker on the official Snapmaker store at 7 a.m. PDT on August 9th.

The Artisan will cost 2,799 $ on release with free shipping.

The Snapmaker 2.0 is a Kickstarter success story. Their Kickstarter was one of the most successful campaigns on the platform with over 7.8 million dollars raised and over 7000 backers. And now they announced their all-new and improved Artisan 3-in-1 printer.

The Snapmaker 2.0 is an amazing machine made almost entirely out of machined aluminum. It is one of the most high-quality printers that you can get in the hobby space. I have a full review of the Snapmaker 2.0 right here.

So naturally, the announcement had me excited. So let´s look at some features.

Here are all of the known features thus far:

If you have the previous model then there are probably already a lot of features that fought your attention.

Some additional modules from the Snapmaker 2.0 like the 10W laser module now seem to be standard modules for the Artisan which is amazing news!

The artisan comes with new “Next-Gen” modules, as Snapmaker calls them.

They claim that the new modules are using steel guide rails to improve the precision, rigidity, and durability of the machine.

There is not much more known right now, so we have to wait to see just how much of a difference these new next-gen linear modules will make.

When I read this it was clear to me that Snapmaker is listening to its fanbase and critics.

One of the most annoying things when working with the Snapmaker 2.0 was swapping the modules. You had to undo four screws to remove the module and between 10 and 16 screws to swap the workspace.

This took an average of 5 to 10 minutes just to swap to a different module.

Snapmaker apparently improved on that with the new quick-swap feature of the Artisan. They claim that you will be able to swap the module in a mere 60 seconds.

The Artisan seemingly improved on every single module and the 3D printing module is no exception.

It now features dual extrusion with a maximum printing temperature of 300°C. And it is compatible with the Snapmaker 2.0!

The new artisan now has the 10W laser module as a standard module which will allow for faster engraving and thicker material to be cut.

Finally, the new CNC module apparently allows you to CNC machine about 6 times faster than before.

Overall, the Snapmaker Artisan seems to have improved in every area by a lot. The focus seemed to have been speed and accuracy but also high quality.

I am very curious to see what the Artisan will be able to do and how much it was improved compared to its predecessor.

Right now an exact release date is not known.

The Snapmaker Artisan is said to be released in early August 2022 but more is not known as of me writing this article.

You can visit the official website of Snapmaker to see more images and find out more about the Snapmaker Artisan and I will try to review the machine as soon as it releases!