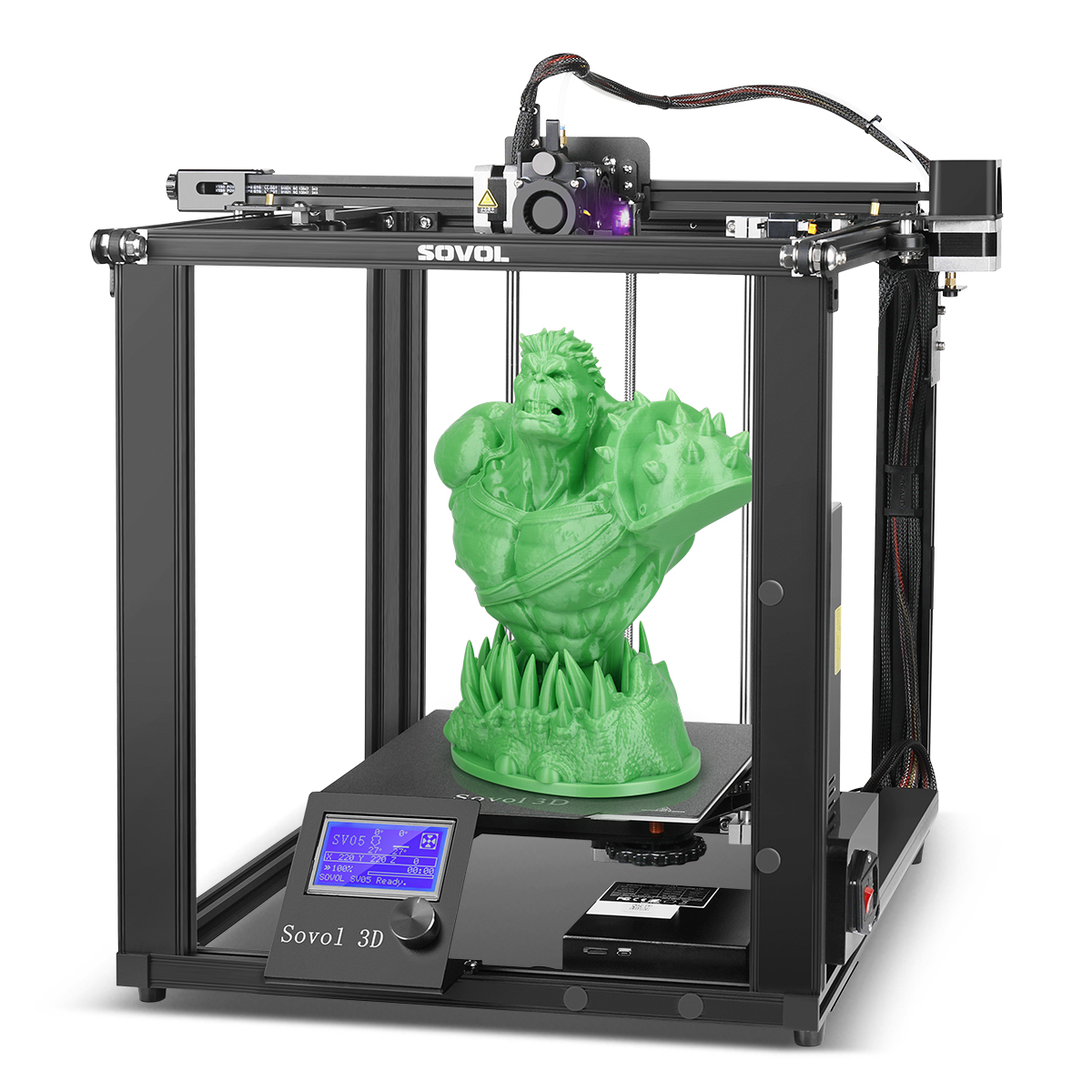 Sovol 3D is releasing the SV05 this month. The SV05 will cost 299$ at release and some of the most interesting features include a direct metal extruder and higher printing speeds of 80mm/s.

Sovol is a manufacturer of 3D printers. The naming convention of their printers is pretty straightforward. They call their printers SV and then simply add the model number after that. I have already reviewed the SV01 Pro (you can read my review right here) and I was pleasantly surprised by the quality and the price of that printer.

So I am curious about the new SV05 that will release soon.

Let´s first take a look at the main features of the Sovol SV05.

The features are nothing special, except for the direct extruder, but they don´t have to be as long as the printer functions well and stays at that price point.

Main features of the SV05:

The build volume of 220mm x 220mm on x and y is pretty standard but the building height of 300mm is actually quite high.

The 9-point CR-touch auto-leveling and the all-metal direct extruder were both also present on the SV01 Pro that I reviewed and both worked perfectly and allow you to get started quickly and print flexible filament pretty easily.

The 9-point CR-touch is nothing new as well but it is a really nice thing to have and it makes it easier to level and work with pretty much any printer.

Sovol says that the SV05 is the first cubic printer with a direct drive and while I can´t prove that I still think that a direct drive has a lot of advantages over a Bowden-style extruder.

A direct drive is starting to become the standard in 3D printing and Sovol is one of the companies that fully embrace that revolution.

I printed well over 100 hours with the SV01 pro and never ran into any issues with it.

I was able to print pretty much every filament with it including ABS, PLA, and TPU (flexible filament).

A cubic style 3D printer has a fixed x and y axis on the top of the cube and the z-axis (the one moving up and down) is moving the build plate with lead screws.

This type of 3D printer is known to be very stable and easy to level. It is easier to print big prints on a cubic printer than on a printer where the build plate moves.

This is mainly because the higher a print gets the more it will swing out of control when the build plate moves. This isn´t the case on a cubic printer.

How Much Will the SV05 Cost?

The SV05 will cost 299$ on release and according to Sovol it will stay at that price afterward.

For example, the Neptune X from Elegoo is also a cubic printer with the exact same build volume and that printer costs about 315$.

You can buy the Sovol SV05 on the official homepage of Sovol 3D right here.