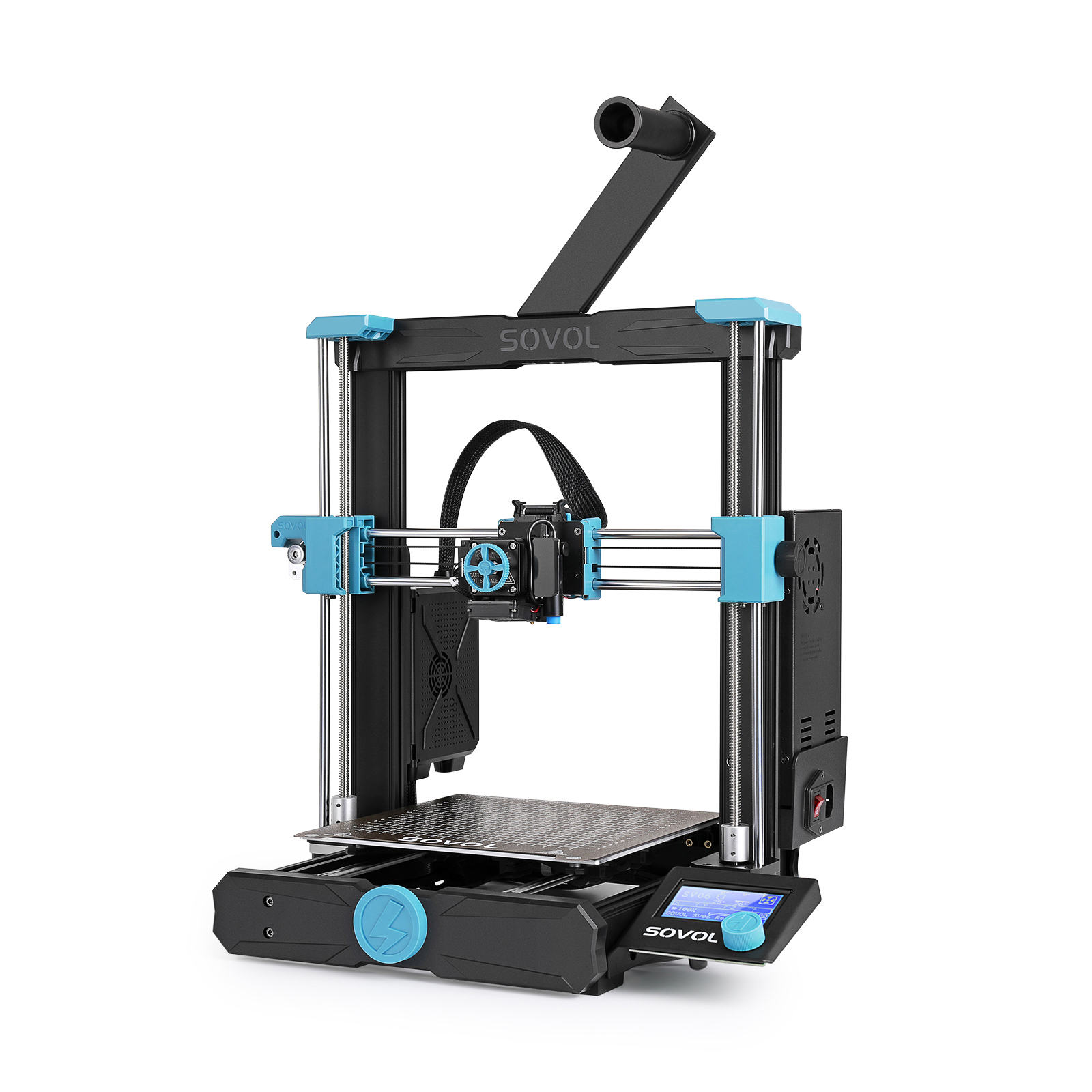 Sovol is known for their very cheap good quality 3D printers. I already reviewed the Sovol SV01 Pro, which features the same direct drive hot end as the SV06, and that printer was surprisingly good for its price point. So let´s look at the features, price, and release date of the SV06.

Here is the official product page of the SV06.

The Sovol SV06 packs quite a punch at an excellent price point.

None of these features are especially revolutionary but at a price point of only 199$ on release and 239$ after release quite impressive if the printer prints well and reliably.

I have not tested the printer yet so I can´t say anything about the quality of the SV06 yet. I have tested the SV01 Pro and that printer did print reliably and well even after 100 hours of almost nonstop use.

Sovol states that you will be able to print all kinds of materials with the SV06 including PLA, TPU (flexible filament), PETG, ABS, ASA, Nylon, Carbon Fiber, and more.

While it is true that a direct drive allows you to print flexible filaments such as TPU and the max temperatures that the printer is able to reach will theoretically allow for printing ABS, Nylon, and ASA, it is not possible to print all of these filaments out of the box as you will need an enclosure for those materials. And the printer does not come with one.

But you can build yourself a cheap enclosure out of acrylic sheets or buy an enclosure elsewhere for the SV06. And then you will potentially be able to print with the filaments listed on the official sales site of the SV06.

And here is what the printer looks like in detail.

When you visit the official website of Sovol then you will see a countdown on the top of the page that is counting toward the release date of the SV06.

The Sovol SV06 will be released on October 10th and the printer will cost 199$ on release.