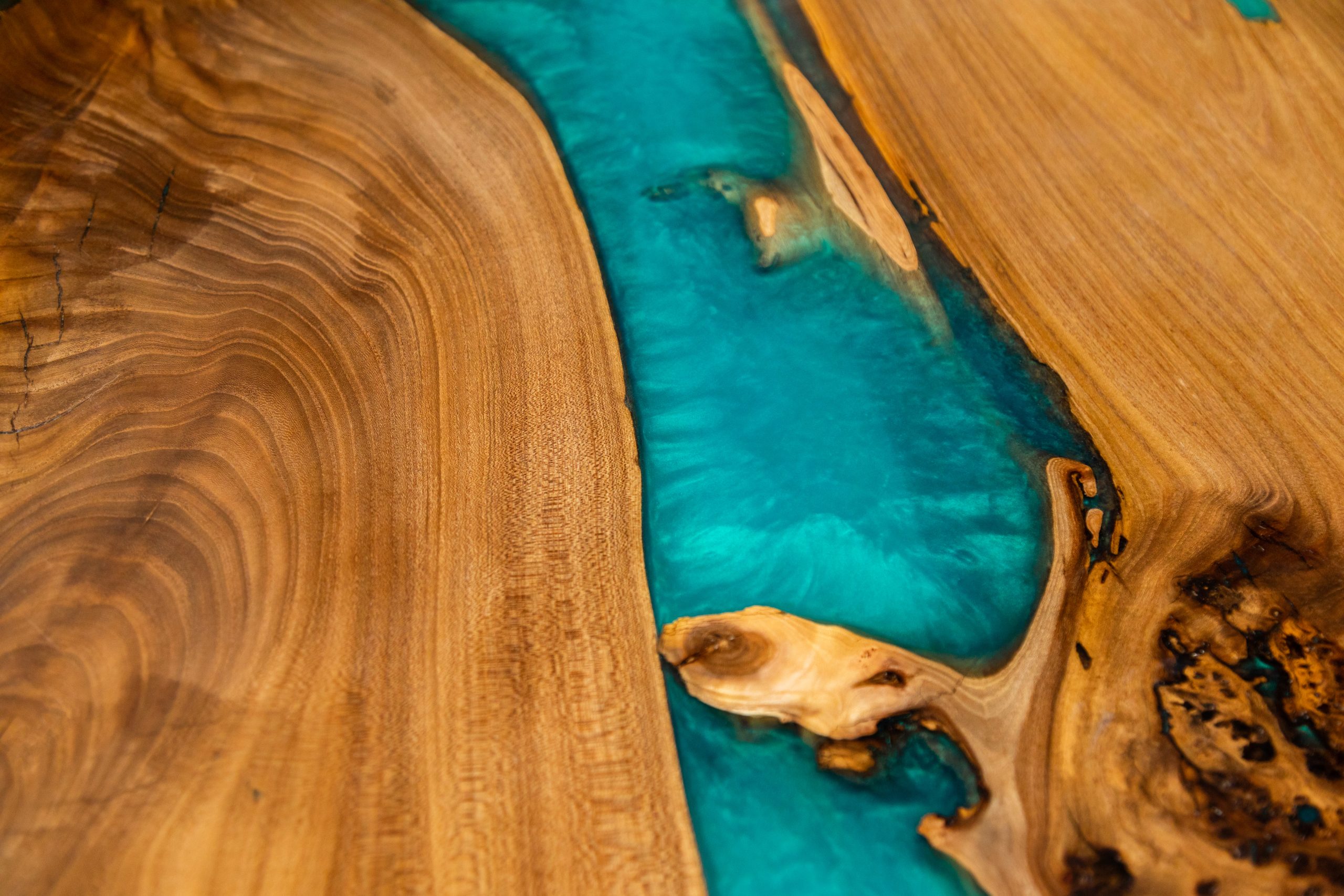 Epoxy resin is used in many different fields and can be found in many products such as tabletops, miniatures, countertops, swimming pools, and so on. It is generally very rigid and scratch resistant. But is epoxy heat resistant?

Regular epoxy resin should not be used for projects that might be exposed to higher direct temperatures. For such projects, it is best to use High-temperature epoxy.

This type of epoxy is slightly more expensive but generally behaves very similar to regular epoxy resin with the difference that it can withstand much more heat.

Regular epoxy resin that you can find in your local hardware store or crafts store can usually only withstand temperatures of around 20°C to 60°C (68°F to 140°F) depending on the brand of the resin.

This type of resin will also not be able to withstand direct contact with heat for longer durations of time.

So if you place a warm pot, for example, on an epoxy resin surface then the surface will suffer from the heat after a short while. This can cause permanent damage to the epoxy resin that is difficult or even impossible to fix.

So if you need a type of resin that can take the heat then you will need so-called high-temperature epoxy.

There are different kinds of epoxy resins that all cure slightly differently. The epoxy resins with the highest heat resistance are so-called heat-curing epoxies.

Heat curing epoxies are cured by simply pouring the epoxy into the mold without the need to mix it with a hardener, and then heating it up to a specific temperature for a specific time until it is cured.

These heat-curing epoxies can withstand temperatures of up to 316°C (600°F).

Two-part epoxy resins are the most commonly used type of resins in the crafts world. They cure by mixing the resin with a hardener in a specific ratio.

Two-part epoxy resins can cure at room temperature as soon as they have been mixed with the hardener. High-temperature variants of these resins can withstand temperatures of up to 232°C (450°F).

Finally, UV resins are epoxy resins that cure when they are exposed to UV light.

Some UV resins can be made further heat resistant by post-curing them with heat after they have been cured via exposure to UV light.

High-temperature UV resin can withstand temperatures of up to 260°C (500°F) with post-curing.

There is a handy chart of different high-temperature resistant epoxy types and how heat resistant they are over on masterbond.com. You can find it by following this link.

What can Negatively Impact the Temperature Resistance of Epoxy Resin?

As a whole, the temperature resistance of epoxy resin can be negatively impacted by coloring the resin with inks, pigments, paint, or dyes. All kinds of additives like glitter can also reduce the heat resistance of epoxy. And it is important to mix the epoxy in the correct ratio as accurately as possible.

The most common mistake is mixing the epoxy in the wrong ratio or not measuring the two parts of the epoxy accurately enough.

If the mixing ratio is off by too much then the resin won´t cure properly resulting in a lower overall heat resistance.

All kinds of additives from color pigments to paint and glitter will impact the heat resistance and curing time of epoxy.

This is usually not that big of a deal and hardly noticeable but if you need to get as much heat resistance out of the epoxy as possible then I highly recommend either not using any additives at all or covering the cured surface of the epoxy with a clear coat of the same epoxy to ensure high resistance against high temperatures.

Does Epoxy Resin Melt When it Gets too Hot?

Now that you know everything about the temperature resistance of epoxy we still don´t really know what happens if epoxy gets too hot. does epoxy melt when it gets too hot?

Resin usually only melts when it gets into direct contact with a heat source. So melting resin isn´t usually an issue in your home.

But you should generally keep hot things like a hot pan, for example, away from your epoxy countertops or epoxy tabletops if you don´t know for certain that those are made out of high-temperature epoxy.

Can you Put a Hot Pan on Epoxy?

Epoxy is being used more and more for sealing tabletops and for making countertops. But can you put a hot pan on epoxy?