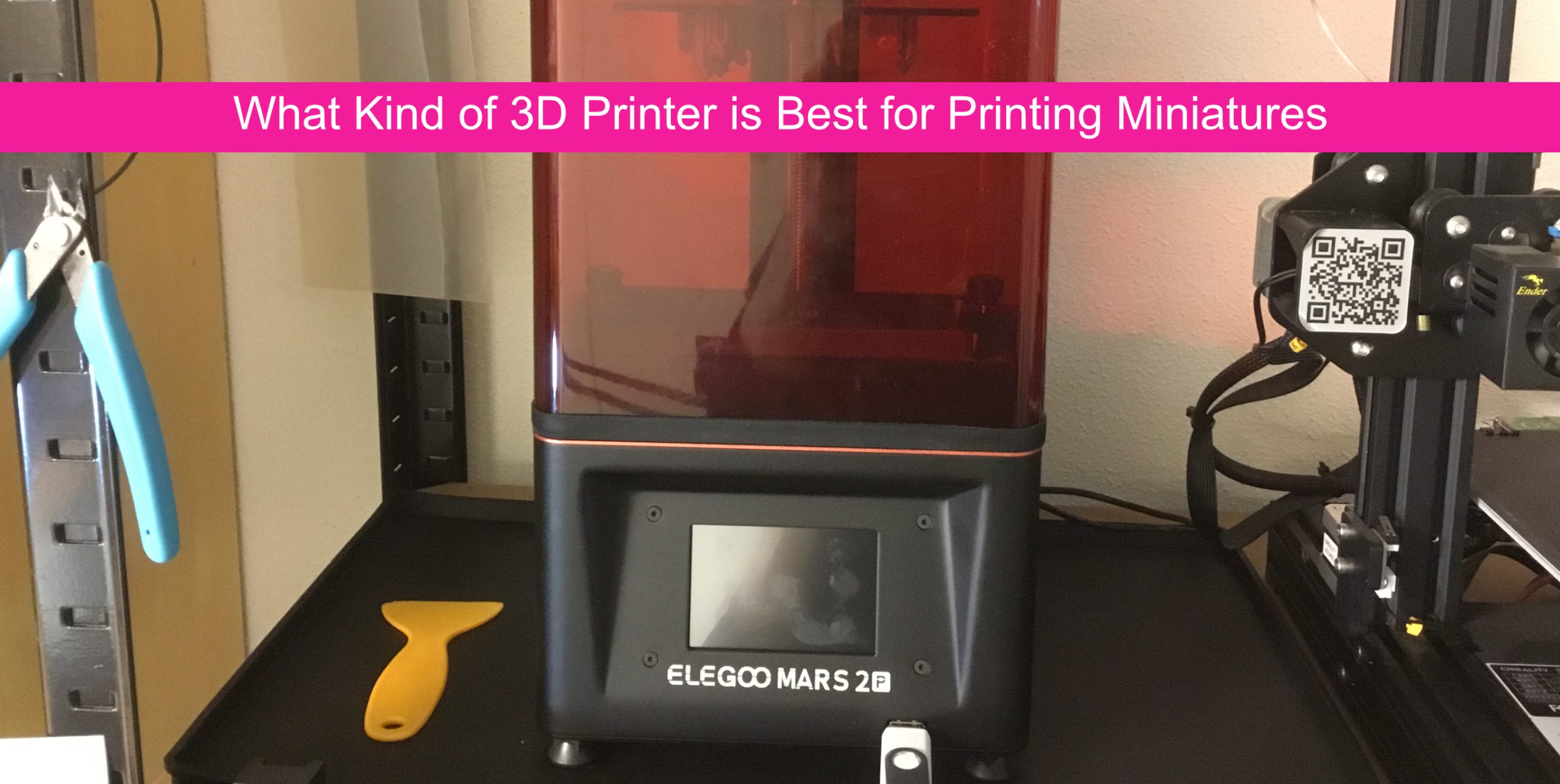 Printing your own miniatures is something that a lot of wargame enthusiasts have been waiting for and the wait is finally over with the introduction of 3D resin printers. But what kind of 3D printer is really the best for printing miniatures?

You can print miniatures with a small amount of detail on a filament 3D printer but you won´t be able to get even close to the detail a resin printer can offer you.

There are several very good 3D resin printers on the market right now. I personally recommend the Elegoo Mars 2 Pro or Mars 3 as I have tested them and found them to be really good. You can read my review of the Mars 2 pro right here.

The Anycubic Photon M3 is also a very viable choice. I haven´t tested it personally yet but I heard only good things about it.

Both of these printers cost around 300$ each and both have 4k resolution and a big enough building plate for miniatures. You can buy the Anycubic Photon M3 right here on Amazon and you can buy the Elegoo Mars 3 on Amazon as well.

Here is a print of a miniature that was done with a Mars 2 pro printer. As you can see, even though the printer only has 2k resolution the miniature is still very detailed.

Why are Resin Printers Better for Miniature Printing Than Filament Printers?

Filament 3D printers are better for bigger models that aren´t as detailed. Filament printers are also better for solid mechanical prints as resin printers tend to deform sometimes if you try to print something solid that is bigger than a miniature.

FIlament printers are also slightly cheaper material-wise. Meaning the filament is cheaper than the UV resin that you need for the resin printer.

I personally use my filament printer for terrain pieces, mechanical pieces, giant miniatures with little detail, and so on.

Resin printers are really amazing but they are quite messy and you have to work with UV resin which is toxic when it is still liquid. It will also produce toxic fumes when it hardens and is only safe to touch after it has fully cured.

That´s why you always have to wear gloves when working with the resin.

Resin is also hard to clean and unless you use a special UV resin that can be cleaned with water you have to use isopropyl alcohol to clean the printer and the print.

I usually use a UV light for that. After around an hour or so the print will finally be cured and you can touch it safely.

So, as you can see, printing with a resin printer is messy and involves quite a few steps. I found that using a UV resin that can be washed off with water makes things a lot easier but you still have to work with resin that is toxic.

I personally still think that it is worth it to use a resin printer simply because the results are great and you can print very delicate detail with resin printers.

I often get asked if it is possible to print miniatures with a filament printer and, unfortunately, the answer isn´t as clear cut.

But if you already have a good filament printer then I would say, get the smallest nozzle that your printer supports and set all the print settings to the highest detail and smallest layer lines possible. Then test print a couple of miniatures and see if you are satisfied with the quality.

And if you don´t like the quality of your miniature prints then you can still buy a resin printer.

How Long Does it Take to 3D Print a 28mm Miniature?

Not to mention that you can usually print several miniatures at the same time and the print time will stay the same.

This miniature took me 40 minutes to print. I arranged it so that all parts were on the print tray and the figure was printed horizontally instead of vertically which made the print even faster.